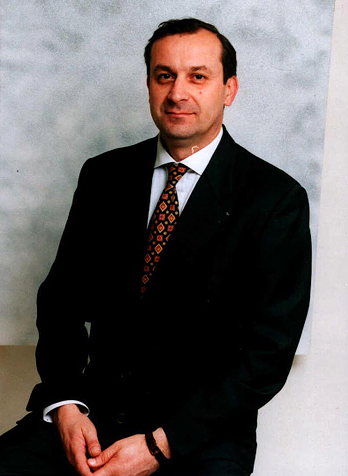 He was a prize-winner at the Competition of Organ Improvisation of Biarritz in 1995 and 1997 and a semi-finalist at the International Competition of Improvisation in Haarlem in 1996.  As a composer he has to his credit Third Prize at the AGIMUS Competition in Varenna in 1996.  He is a writer of sacred cantatas, concerti and chamber music all of which have been successful with audiences and critics alike. He had collaborations with Ottoni della Scala, Coro Voci Bianche della Scala and Scala soloists.

He regularly holds courses in organ improvisation in Italy, works as a music critic for magazines, is First Organist of Cremona Cathedral. He teaches organ and Gregorian chant at the Turin Conservatory.

This website uses cookies to improve your experience while you navigate through the website. Out of these, the cookies that are categorized as necessary are stored on your browser as they are essential for the working of basic functionalities of the website. We also use third-party cookies that help us analyze and understand how you use this website. These cookies will be stored in your browser only with your consent. You also have the option to opt-out of these cookies. But opting out of some of these cookies may affect your browsing experience.
Necessario Sempre attivato

Any cookies that may not be particularly necessary for the website to function and is used specifically to collect user personal data via analytics, ads, other embedded contents are termed as non-necessary cookies. It is mandatory to procure user consent prior to running these cookies on your website.